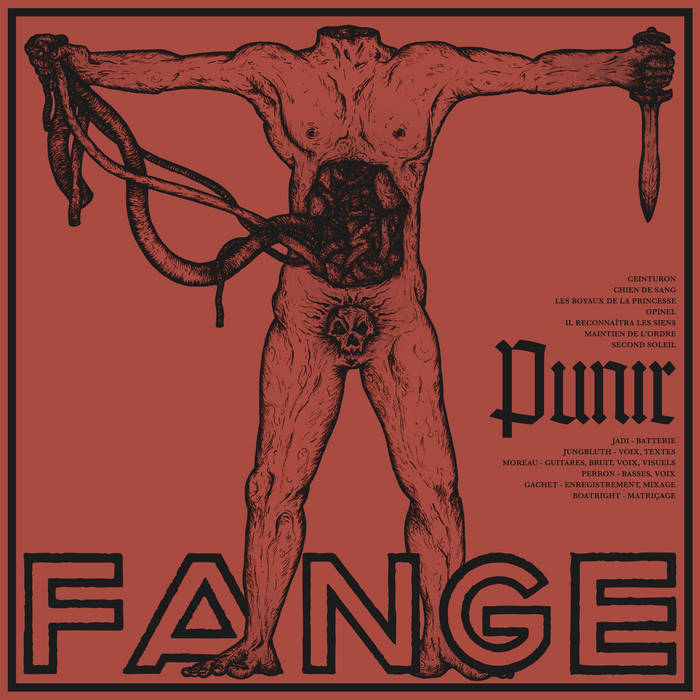 With a reputation built on their radical approach to recordings and live shows, FANGE (Rennes, France) has spent five years refining their outrageous, excessive vision of heavy music over one full-length ("Purge", 2016) and a couple of 12"EPs ("Poisse", 2014 & "Pourrissoir", 2017). Recorded over the second half of 2018 and doped by a new rhythmical section, their second full-length "Punir" (punish) doesn't make any single effort to hide their intents.

On this record, the band continues to distance themselves from their earlier works, more than ever walking the fence between sludge and death metal while still keeping their noise / industrial underlays. This time tracked & mixed by Cyrille Gachet (Year Of No Light, The Great Old Ones, Chaos Echoes) then mastered at Audiosiege by Brad Boatright (Nails, Full Of Hell, Cult Leader…), "Punir" marks a powerful step-up in the band's overwhelming body of work.